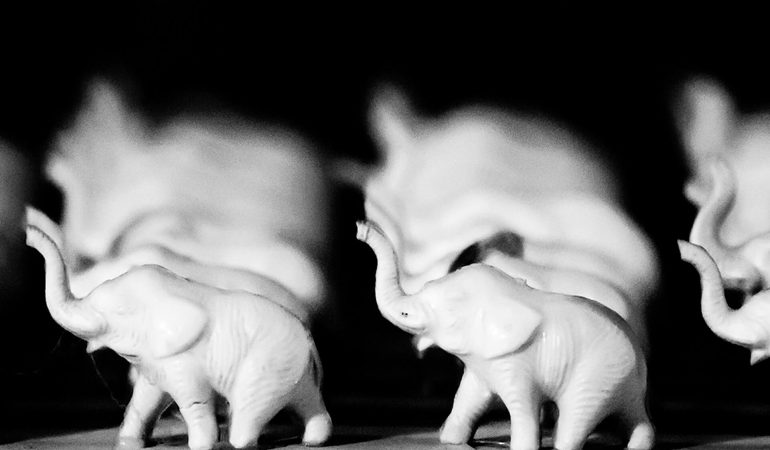 We call the popular holiday gift exchange game Dirty Santa. After all, we are Dirty Santa’s naughty little elves. But Americans use many other synonyms for it. While Dirty Santa is popular in the South, Yankee Swap is mostly used in the Northeast. Of all the names for the game, White Elephant is by far the most common.

Where did these terms come from? And why call the same game, as hilarious as it is and with practically the same rules, such different names? Since knowing your enemy is crucial in battle, Dirty Santa has decided to assess the competition.

Unlike in the Dirty Santa game, where the goal is to exchange funny, if not downright naughty, gifts, in Yankee Swap the gifts are supposed to be useful and thrifty, like socks. Chalk that up to Northern pragmatism; Yankee Swap is a popular term in New England and elsewhere around the Northeastern United States.

Yankee is an old term for the inhabitant of Northeastern United States. In the South, Yankee is a derogatory term referring to people from the North, i.e. Union side of the Civil War. Outside the US, Yankee denotes all Americans, often pejoratively, as in Yankee Go Home.

Theories as to the origin of the word itself abound. The most likely version attribute the term to the Dutch word for John, Jan (pronounced yan), which combined with a common Dutch surname Kees. Non-Dutch settlers anglicized Jan Kees to Yankees to mock Dutch Americans who later appropriated the term and used it to call English colonists.

As for the swap part of Yankee Swap, during the Civil War in the 1860s, the two warring sides occasionally exchanged prisoners. The exchange of Yankees, or Union soldiers, with the Confederate ones is said to have given rise to the terms. However, the line from those historical events to the Christmas gift exchange game is practically non-existent and was probably drawn very loosely by some creative mind.

Another, more likely albeit unverifiable version of the Yankee Swap origin story has immigrants in the early 20th century observing locals exchange silly gifts. Yankees swapping gifts was apparently a thing, so the new Americans gave the tradition a name.

A Yankee Swap centered an episode of the popular American television show The Office, where it devolved from a good old Secret Santa game:

A White Elephant gift exchange is the same party game as Dirty Santa. It also has the same rules as Yankee Swap except rather than useful the presents are meant to be entertaining. After all, who wants socks at their Christmas gift exchange?

Legend has it that in the 19th century, King of Siam (today’s Thailand) gave albino elephants as gifts to supplicants he disliked.

Buddhists worship white elephant as the animal that gave a white lotus flower to Buddha’s mother the night of the sage’s birth. In other words, white elephants are sacred and, when presented as gifts, constituted a rare honor bestowed on the recipient and were impossible to refuse.

A 19th-century Thai painting by an anonymous author depicting Kalinga Brahmins being given a White Elephant. Courtesy of Wikimedia Commons.

As with Yankee Swap, the line from the historical reality to the fun holiday gift exchange game is tenuous for White Elephant.

One theory holds that, at the time the US began trading with Siam, Ezra Cornell, of the university and Western Union fame, adopted the term from a story he heard about Siam for use at his popular parties. Another theory has the circus magnate P.T. Barnum bring an exotic white elephant stateside only to see the spectacle bomb with audiences. And a third related theory maintains that in the early 20th century stores and markets would hold white elephant sales for items they had difficulty selling and that ended up getting regifted. Eventually, the term entered the popular party lexicon.

Other than Yankee Swap and White Elephant, synonyms for Dirty Santa refer to the rules of the game: stealing presents. Terms like

But in addition to these, two particular terms are in circulation: Chinese Auction and Pollyanna Swap.

The original meaning of the term Chinese auction connotes a feature of charity events that combines a raffle and an auction.

The term most likely derives from a twist on “chance auction,” with the word Chinese supplied to convey secrecy and intrigue.

The Chinese auction that’s the Dirty Santa gift exchange clone requires game participants to contribute wrapped prizes aka gifts into a pool. Players then draw numbers to choose a prize or steal others’ gifts. The box contents remain secret until all participants have a gift, at which time they are opened, and hilarity ensues.

In reference to gift exchanges, the term Pollyanna most likely comes from the eponymous Eleanor Porter children’s book in which the heroine gets a pair of crutches instead of a doll for Christmas. Constant player of the “Glad Game”, which instructs finding something positive in every experience, the little girl Pollyanna learns to value things she receives.

And so in the Pollyanna gift exchange: every gift should be valued for what it is and no gift is a bad one! 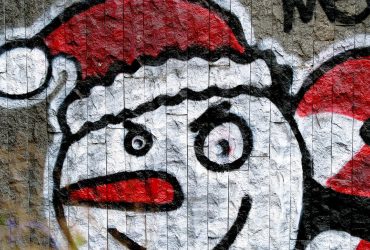 Some call it Dirty Santa. To others it’s White Elephant or Yankee Swap.
Featured, Rules
More